Confirmed State of the Art Lectures

The Technical Program Committee are pleased to announce the State of the Art Lectures for ICSMGE 2021 in Sydney. Nasser Khalili is the head of geotechnical engineering and brings to this position an international reputation for innovation and setting industry standards.

Professor Khalili’s publications are prolific, awarded, often cited and highly regarded, particularly his work in unsaturated soil mechanics and computational geo-mechanics. In the last two years alone, he has contributed to over 25 peer reviewed articles and is credited with the development of the first thermodynamically consistent framework for constitutive modelling of unsaturated porous media. Similarly, his research into the mechanics of double porosity media has set an international benchmark in numerical modelling of fractured porous media.

Nasser is regularly invited to speak at conferences, deliver specialised workshops for practicing engineers and consult widely on engineering matters within his area of expertise, maintaining vital ties with industry, other academic institutions, peak bodies and government. He sits on 3 international editorial boards, keeping his finger on the pulse of the latest research. Nasser is generous with his time, sitting on numerous industry and university bodies and organising international conferences, further strengthening CVEN’s global reputation as a hub of excellence and innovation. He has been a visiting or honorary academic in China, France, the UK, USA and Canada.

He has recently been honoured for his consistent and excellent contributions to the fields of computational geomechanics, as his 2018 election to the ARC College of Experts confirms. 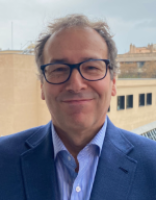 Enrique Romero is Director of Research and Head of the Geotechnical Laboratory in the Department of Civil and Environmental Engineering at the Universitat Politècnica de Catalunya (Spain), and Full Research Professor in the Geomechanics Group at CIMNE (Spain).

His research is mainly focused on multi-physics and multi-scale studies of geomaterials. He is the author or co-author of 300+ scientific papers, a member of editorial boards of several international journals, and co-editor of the books ‘Advanced Experimental Unsaturated Soil Mechanics’ (2005) and ‘Laboratory and Field Testing of Unsaturated Soils’ (2009). Jason T. DeJong is a Professor at the University of California, Davis. He received a B.S.C.E. from UC Davis and an M.S.C.E. and Ph.D. at the Georgia Institute of Technology. After working at the Centre for Offshore Foundation Systems at the University of Western Australia and the University of Massachusetts Amherst, Jason moved back to his hometown of Davis, CA in 2005. 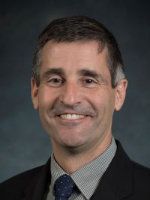 Over the past 25 years, he has produced over 250 publications and served as a technical specialist on over 50 seismic remediation and dam safety projects. His honors include the TK Hsieh Award from the Institution of Civil Engineers, the Ralph B. Peck Award, Norman Medal, Walter L. Huber Civil Engineering Research Prize, and Arthur Casagrande Professional Development Award from the American Society of Civil Engineers (ASCE), and election to the US National Academy of Engineering. Dr. Susumu Iai is a professor of Geo-disaster division, Disaster Prevention Research Institute, Kyoto University, Japan. He graduated from the University of Tokyo in 1974 and immediately joined the Port and Harbour Research Institute. His major research interests are geotechnical earthquake engineering in waterfront areas, including soil-structure-fluid interaction analysis. He has been chairman of PIANC/MarCom/WG34: Working Group on Effects of Earthquakes on Port Structures, International Navigation Association (PIANC), 1997-2002, and convener of ISO/TC98/SC3/WG10: Seismic actions on geotechnical works, ISO, 2002-present. 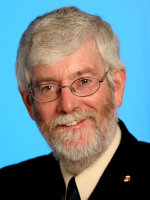 Expert in Protecting the Environment with Geosynthetics

The use of geosynthetics for containing contaminants from lagoons, landfills, and heap leach pads is discussed. Particular emphasis is placed on the use of geomembranes and geosynthetic clay liners. Examples of excellent performance are illustrated. Stephan Jefferis is a director of Environmental Geotechnics Ltd and Visiting Professor in the Department of Engineering Science at the University of Oxford.

Throughout his career he has worked between industry and academia focusing on rationalising the unusual and unexpected. Andy is a Professor in the Faculty of Engineering and Mathematical Sciences at UWA.

He has Bachelor and Master degrees from the University of the Witwatersrand in South Africa and a PhD from Imperial College, University of London. After a period in consulting practice with SRK in Johannesburg, he began an academic career at the University of Queensland. His research is in mitigating the impact of mining and municipal solid waste disposal. Andy has published over 200 articles, including more than 80 in international journals. He has recently been appointed to the ICMM (International Council on Mining and Metals) ‘expert review panel’ for the ICMM Global review of tailings storage facility standards and critical controls.

He has contributed to a new series of guidelines for managing mine tailings in Australia, as well as developing a document for the International Atomic Energy Association on barrier systems for retaining uranium mining waste. 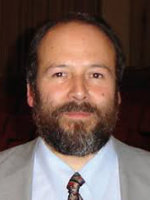 Structural Engineer from Pontificia Universidad Catolica de Chile (1983), Master and Ph.D. from University of Tokyo, Japan (1999 and 1992), and Post-Doctoral research at the Norwegian Geotechnical Institute (1996). He served as Head of the Geotechnical and Pavement Area at the Institute for research and testing materials (IDIEM) of University of Chile. He has been academic at University of Santiago, La Serena, Federico Santa María, Pontificia Universidad Catolica and Universidad de Chile. Consultant and specialist with more than 30 years of experience in analysis of singular problems in geotechnical engineering, soil dynamics and seismic stability of earth and tailings dams. Founder partner of CMGI Ltda. and Past-President of the Chilean Geotechnical Society. Richard set up Australia’s National Soft Soil Field Testing facility, managed the site characterisation, construction of instrumented embankments and organisation of an international numerical prediction symposium held in Newcastle, Australia in 2017. He is also the Conjoint Professor of Practice, University of Newcastle, Australia.

Richard contributes to the profession by delivering guest lectures, a course in ground improvement, reviews for academic journals, organising ISSMGE TC102 and ANZ conferences and being a member of TC102. Richard has written over 100 conference and journal papers and received the 2012 Shamsher Prakash Foundation award for Excellence in Practice. 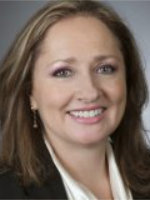 Claudia Zapata was appointed assistant professor in the School of Sustainable Engineering and the Built Environment at Arizona State University in August 2006. She received her doctorate in geo-environmental engineering from ASU in 1999. Zapata's primary research interest is in the area of unsaturated soil behavior. She focused on fluid flow and volume change modeling for expansive soils, with applications related to the behavior of pavement subgrades and slabs-on-grade foundation design. At ASU, Zapata has been actively involved in the development of the new mechanistic-empirical guide for "Design of New and Rehabilitated Pavement Structures," in the assessment of pavement performance due to environmental factors and in the study of fluid flow and volume change properties of expansive soils under slabs on grade residential foundations.

Her main research interest is geared to the understanding of moisture flow, volume change, and strength of unsaturated soils and the impact of temperature gradients on their behavior. Practical applications include studies of foundation design on problematic soils, and environmental and dynamic loading effects on pavement design. 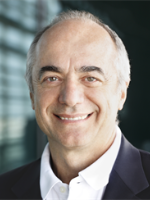 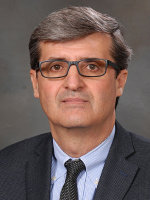 I am a Professor in the Zachry Department of Civil and Environmental Engineering, TAMU. I obtained my first degree in Civil Engineering from the Universidad Nacional de San Juan (Argentina). My Master and Ph.D. (2004) degrees are from the Universidad Politecnica de Catalunya (UPC, Barcelona, Spain). My main expertise lies in the area of advanced geomechanics, considering complex problems involving thermal, hydraulic, mechanical and geo-chemical (THMG) couplings. My research interests also cover the study of the behavior of unsaturated soils and expansive clays. The main areas of applications are: ‘Energy Geotechnics’, ‘Geo-environmental Engineering’, and ‘Transportation Geotechnics’. I am acting as an Associated Editor for six international journals. Among other awards, in 2012 I received, along with my co-authors, the “George Stephenson Medal” from the Institution of Civil Engineers in the United Kingdom. I am the founder and current Chairman of the ISSMGE (Int. Society for Soil Mechanics and Geotechnical Eng.) Technical Committee TC308 on “Energy Geotechnics”, which has won the ‘Outstanding Technical Committee Award’ of the ISSMGE for the period 2013-2017

ICC Sydney is at the heart of its very own Sydney harbour waterfront precinct, set amongst restaurants, retail and a vibrant public domain on Darling Harbour. View Venue information.

Surrounded by a majestic Harbour and scattered with beaches, national parks and green areas, this is a city that entices you to explore. Learn more about Sydney.

The Australian Geomechanics Society was founded in 1970. Its origins lie in the National Committee of Soil Mechanics of the Institution of Engineers. See more information.